I have over 4,000 pictures of bee removals we have done over the years. I'll be selecting a few from each year to help get this blog started!

Here is a removal I did where the bees were under a prefab fire place. 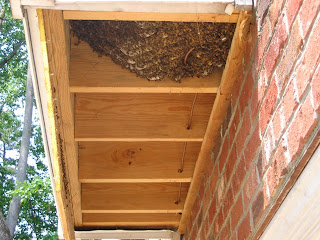 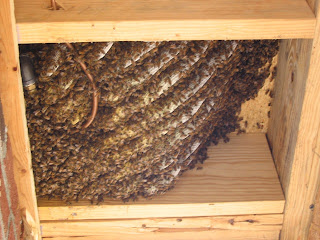 Here is one that was in a ceiling of an apartment 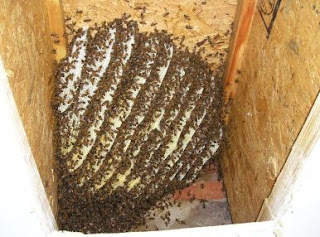 At the same apartment job my dad (left) and friend Rusty were helping me. 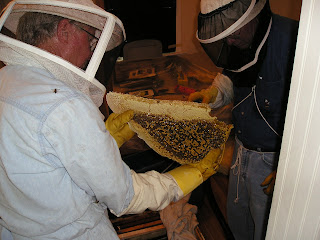 Here's a removal I did where the honey comb had broken and fell into the insulation. 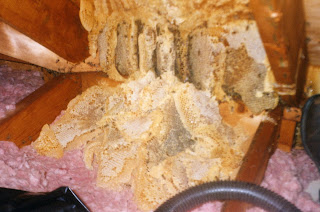 One of my favorite removals was this one where the colony moved into the shutoff valve for a fire hydrant. 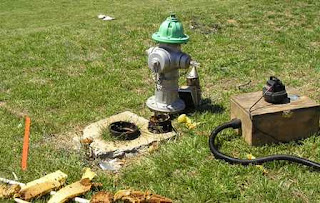 The next two pictures are of a removal I did on a old southern antebellum home in South Georgia. They were in the process of restoring the home when they found the bees. The colony is on the left (I know the picture isn't that good) the red triangle shows honey comb where a previous colony once lived. 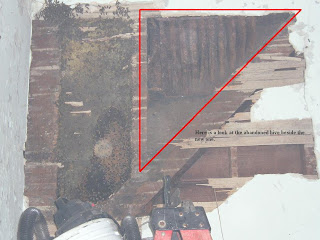 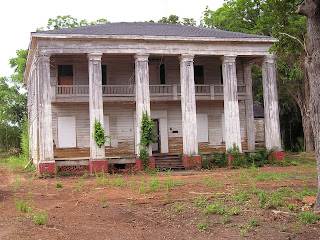 This being our first blog I thought I would simply explain what we will be blogging about. In the coming days I'll be posting pictures of some of our past bee removals. I've grown tired of trying to keep up with a photo album on our website. Plus we don't have a way for our customers to leave comments (customer reviews) for the jobs we do. While I'm not expecting much in the way of comments with these first posts of past jobs I do hope that in the future customers will post comments on jobs we do for them, the good and the bad. My only request is if something isn't right with the job we did, give us the chance to make it right.

Bill Owens
Posted by Bill Owens at 11:07 PM No comments: