We do see this a couple of times every year. Two different bee colonies in the same house and close to each other at the same time. We do charge more for two removals, although in this case we did not since exposing one also exposed the other and the relative simplicity of the job. 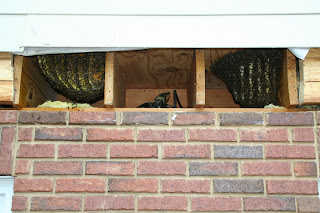 People often ask if colonies will establish and build close to one another. Well as you can see the answer is yes. In the most extream cases I've seen them share a roof of the bay window. It almost looked like they were one colony with the amount of traffic of bees back and forth between the two colonies which for the most part were sitting side by side. 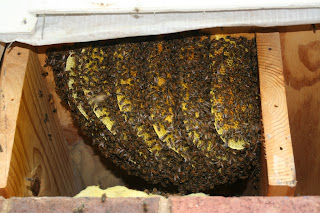 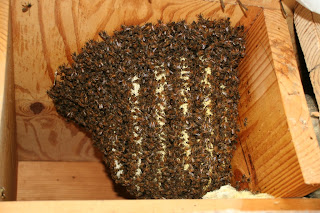