I only have a few pictures from 2004. It wasn't till 2005 that I really got into taking pictures of the jobs I did.

The removal below is a little different. The lady called me and explained that a colony of honey bees had moved into her Grandmother's old buttermilk churn that she had on the front porch. It was a first for me! 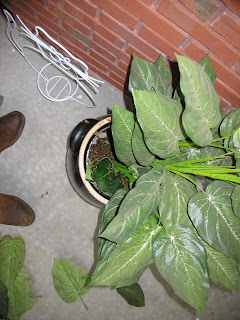 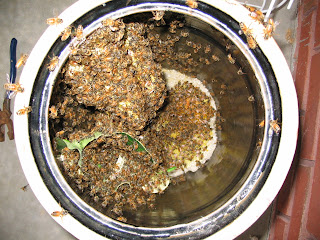 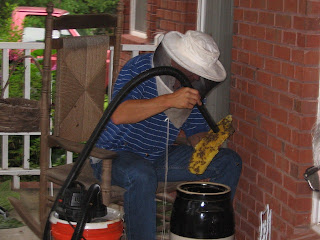 The next removal was in a wall where a window AC unit was installed. The outside was brick which made it an easy access for the colony of bees. 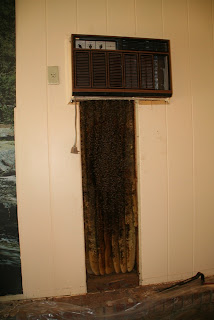 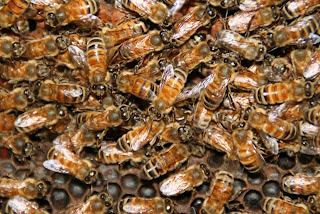 The last pictures that I have for 2004 is a colony that was in the floor system of an apartment. Apartment use truss floor systems (aka silent truss floor systems). They work well but they also make perfect locations for honey bee colonies.....You'll see more of these and they can become extremely large! 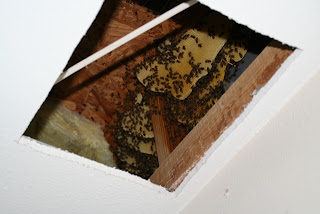 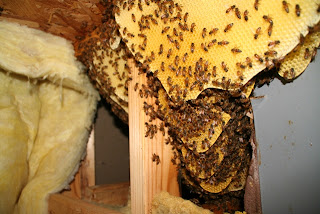