2005 was a busy year. It was the first year we actually purchased a business license and became "official". It was also the year we added Georgia Bee Removal to our name. Prior to that we were Owens Apiaries which is a little difficult for most people to pronounce and spell. (apiary means bee farm)

About half way through the year I did the smallest bee removal that I have ever done. It was a late season swarm that had moved into a step wall on a screened back porch. 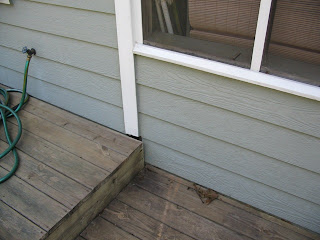 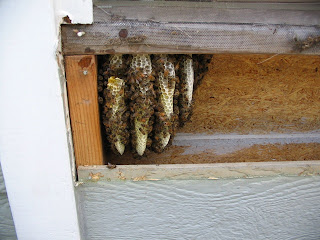 The next one is in the sofit of a bay window. Another common location for honey bees to make a new home. 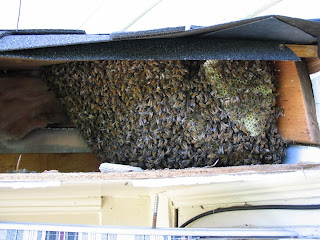 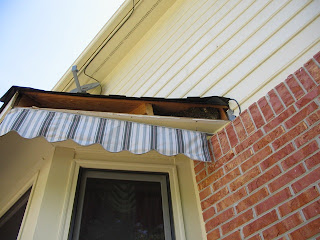 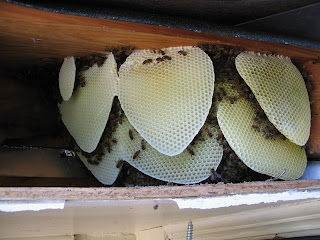 Yep, it's the same colony. This is what they look like after I vacuumed most of the bees off.
The next one was one of the largest colonies that I had done up to that point. It was under a trailer in Putnam County, GA. You can (somewhat) get a good idea of the size by using the bricks as a reference. Interestingly enough the colony extended another foot or more through the insulation to the floor of the trailer. 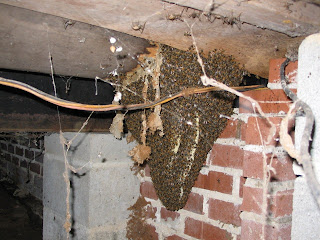 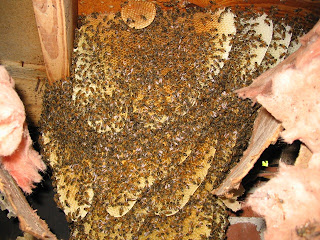 This removal was from an upstairs wall that had tongue and groove boards. We always try to stagger our cuts  so it doesn't look like we simply cut a square through the boards. We do the same thing on wood siding. 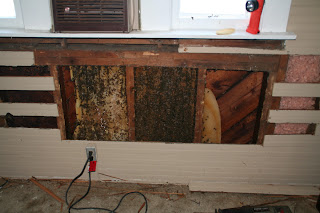 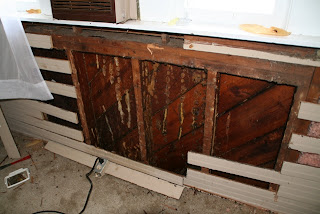